As one of the fastest-growing areas of New York State, Saratoga County has a lot to offer residents and visitors. Traditions as old as the Saratoga Race Course and ambitions as new as burgeoning Tech Valley have brought many tourists and technology sector workers to this beautiful Hudson River community, considered the gateway to the Adirondack Mountains. Attorney Gregory P. Garofalo has made his home in Saratoga County for 17 years. He has represented defendants who have been charged with offenses such as DWI, as well as people bringing car accidents and other personal injury claims, for over 28 years throughout New York State. He approaches each case with a focus on integrity, advocacy, and understanding. His knowledge of the criminal and civil laws of New York State, as well as his familiarity with the local judges and courts in the area, have led to many clients referring their friends and family to his office over the years when they have needed a DWI attorney in Saratoga County or assistance in another criminal or injury matter.

Being convicted of a drunk driving offense may adversely affect an individual for many years to come, compromising their ability to get certain jobs and undermining their social reputation. Thus, it is important that a person facing a DWI charge makes every attempt to defeat or at least reduce the charge, if at all possible. Attorney Garofalo believes that everyone deserves a second chance, and he provides forthright, thorough advice to people facing prosecution so that they may fully understand their legal options and make an informed decision as to the direction of their defense.

Generally, in New York, a person who has a blood alcohol content (BAC) of or more is considered to be legally intoxicated. However, for commercial motor vehicle operators, the threshold is BAC, and anything over a BAC violates the “Zero Tolerance Law” for drivers under 21. An aggravated DWI conviction is possible for a motorist who has a BAC of or higher. The punishment for a misdemeanor, first-offense DWI may involve a fine of $500 to $1,000, up to a year in jail, and the revocation of a driver’s license for six months.

Although New York is a “no-fault” state, people who are seriously injured in an auto accident have a right to pursue a civil tort claim against the responsible party. This personal injury lawsuit generally must set forth the elements of duty, breach of duty, causation, and damages. Often, a mixture of physical evidence lay testimony, and the opinions of expert witnesses are offered at trial. Unlike a criminal case, which requires proof beyond a reasonable doubt, a personal injury lawsuit only requires the plaintiff to convince the jury of their case by a preponderance of the evidence. 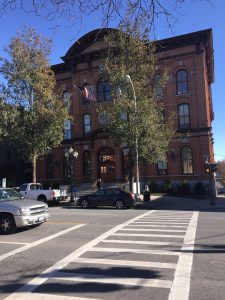 Have you been injured in a wrongful death through no fault of your own? If so, then you have the right to a wrongful death claim. For several years, clients have relied on the expertise of The Law Office of Gregory P. Garofalo to help them with their compensation claim. The Law Office of Gregory P. Garofalo will do what is necessary, from negotiation to litigation and everything in between, to help clients from the Queensbury community. Call to discuss your case with an experienced attorney knowledgeable in Queensbury law.

Negligence or misconduct resulting in a wrongful death are legitimate grounds for a compensation claim. If you are unable to work and pay your bills after an injury, you can count on The Law Office of Gregory P. Garofalo that has many years helping people in your situation. The Law Office of Gregory P. Garofalo will help you design an effective strategy that has the best chance of a satisfactory outcome in your wrongful death case. Residents from the Queensbury area should call to speak with an experienced attorney.